Being Smart with $$ -- Women's History Month and Women Investors 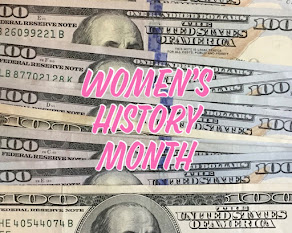 As Women’s History Month comes to a close, I commend women for being more likely than men to take a buy-and-hold approach with their investments. Investors who trade frequently are less likely to earn high long-term returns than those who simply buy and hold. A Fidelity Investments report (5/18/17) revealed that men are 35% more likely to make short-term trades than women and women earn higher returns than men.  As the stock market rises over time, those who trade in and out often miss some important periods that account for a big part of a year’s gains.  According to Schwab Center for Financial Research, a buy-and-hold investor would have earned 7.8% annually in large-cap stocks between 1996 and 2011 but missing the best 30 days for the markets would have eliminated all your returns.  2020 is a case in point where a buy-and-hold, 50-year-old investor earned 14.79% in Vanguard’s Target Retirement 2035 Fund while many investment advisers gave their clients far inferior returns as they believed they could “navigate volatile times” as they often claim they can do.  As in many aspects of life, men learn yet another lesson from women. 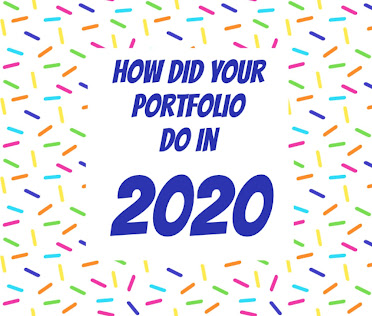 2020 was an insane year in the financial markets.  So, after everything, how did your portfolio do?  Did you lose money?  Did you realize a 5% return on your investments this year? Or perhaps a more-impressive 10%?  Before you send your financial adviser a thank-you note, you should know that a simple investment in the Vanguard Target Retirement 2035 Fund (for those around 50 years old today) returned almost 15% in 2020.  While your circumstances and risk profile may be somewhat different than others who are 50, this comparison may put your 2020 performance in perspective.  Are you 60? The Vanguard 2025 Fund returned over 13% in 2020.  Many advisers claim they have a special ability to give you extra returns but much research suggests that the majority of advisers are unlikely to beat the markets after their high fees are taken out.  If you are 50 and paid 1% of your assets in fees to an adviser for a 10% return this past year, then your $1 million portfolio may have earned $50,000 less than it should have, not to mention the $10,000 in fees you may have paid for poor advice.  Those who tried to time the market this year mostly got a lesson in what doesn’t work.  If you earned returns this year that were well below those provided by Vanguard target retirement funds matching your horizon, then you might want to question your or your adviser’s investment strategy. Consider speaking to an hourly, fee-only adviser who doesn’t time the market.  (Past performance may not be an indicator of what to expect in the future and your individual circumstances should be considered in any investment choice. 2020 market returns were higher than historical averages.)

No Commissions.  No automatic, annual fees.

Being Smart with $$ -- People Say the Stock Market Makes No Sense 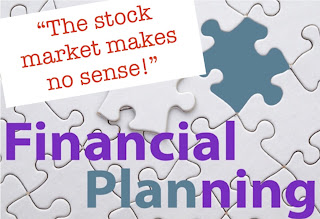 “The stock market doesn’t make sense,” is what I often hear from clients and friends. In the short run I can understand why people feel that way. In fact, I have heard people say the same thing each year for decades. The market moves in sometimes unpredictable directions in the short run, but over the long run, it almost always goes higher as all the profits generated by global companies almost every year have to eventually appear as positive returns for a diversified stock portfolio. There are no guarantees of course but long-term wealth generally comes from staying invested through good and bad times since people can’t predict when the big moves up in the market will occur. Markets often go up at the most unlikely of times because many investors look beyond the current mess towards what the economy will be in the future and they buy now so they don’t miss it. And those that time the market often get out to avoid risk but then never get back in and then watch the market provide profits to everyone else but not to themselves. So stop trying the understand the market in the short term. It may never make sense to you. But look at how markets have done over any 10 or 15 year period and you’ll understand why staying invested and ignoring the short-term will help you get the high returns you deserve. (Past performance may not be an indicator of what to expect in the future and your individual circumstances should be considered in any investment choice. Investments in stocks can rise or fall in value, especially in the short run, and should be the part of your portfolio intended for your long-term needs and not for money you may need in the short term.)

When choosing a financial adviser, make sure the adviser’s interests are aligned with your own.  If the adviser gets paid on commission, are you comfortable that he or she is choosing the best investments for you and not those with the best commissions for him or herself?  If you are paying the adviser 1% of your assets each year, will he or she keep your cash earning 0% in the account or will he or she have you move the cash outside of the adviser’s company so that you can earn 0.75% elsewhere?  If you are retired, will your adviser suggest you pay off your mortgage when he or she may lose fees on that money removed from your account?  When commissions on a $600,000 investment portfolio can take $30,000 out of your account on day one or a 1% annual fee can take $75,000 of fees from your account over 10 years (assuming 6% annual account growth before fees) plus another $23,000 in lost earnings on the fees paid, make sure your adviser is looking for every way to add value even at the expense of his/her own compensation.

Being Smart with $$ - Avoid 529-Plan Tax Snag from College Refunds 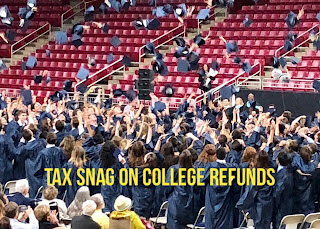 Do you have a child in college and because of coronavirus you received a refund of some expenses?  And did you pay for college using a 529 college-savings plan? If yes and yes, you may be facing an unexpected tax bill plus penalties unless you address this issue.  That refund you received reduced your expenses that qualify for withdrawals from your 529 plan meaning that you now have taken more from your college-savings plan than the qualifying expenses incurred.  That non-qualified withdrawal would be subject to taxes on the earnings portion of the withdrawal plus a 10% penalty.  So now you have a couple of choices: 1) Put the money back into your 529 plan in a recontribution before July 15; or 2) Match the refund to new qualifying educational expenses for the same child that you will incur before year end.  And then only take new withdrawals from your 529 plan for additional qualifying expenses above the amount of the refund.  And definitely keep good records in case the IRS comes knocking some day.
Larry Pike, CFA
Client Priority Financial Advisors LLC
www.clientpriority.com

Being Smart with $$ - Market Timers Learn Lessons the Hard Way 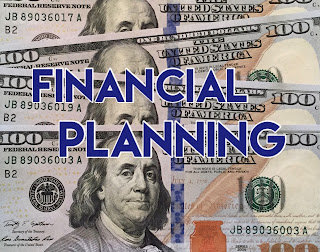 The recent stock-market activity has taught a harsh lesson to market timers.  Market timers often sell their holdings trying to avoid a 10% or 20% drop in the market.  Then when the market surprises them and goes up instead, they become sure that it’s an even worse time to get back in.  Then when the market is up 50%-100% in the next 5 or 10 years, they realize they have missed the entire rise because they stayed on the sidelines waiting for something that never happened.  An investor hoping not to lose $100,000 on his/her $500,000 investment might instead not earn $500,000 by staying safe.  People hate to lose money and that causes them to make decisions that often cost them more in the long run.  The current environment has many investors sitting on the sidelines.  But in order to benefit from high, long-term, stock-market returns, you have to stay invested.  (Past performance may not be an indicator of what to expect in the future and your individual circumstances should be considered in any investment choice. Investments in stocks can rise or fall in value, especially in the short run, and should be the part of your portfolio intended for your long-term needs and not for money you may need in the short term.)
Larry Pike, CFA
Client Priority Financial Advisors LLC
www.clientpriority.com 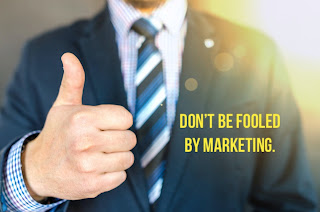 Don’t be fooled by claims that active portfolio management can navigate volatile markets and make you money.  Mutual fund companies and money managers often say that in normal times it is hard to beat an unmanaged index fund that simply owns a sector of the market without trying to pick winners and losers.  It is hard to beat those index funds because their fees are so much lower than that charged by the active managers.  But the managers say that their value may come in times when the markets are volatile and they can navigate the ups and downs to save you money or make you money.  The trouble is that these claims are mostly marketing.  I have recently reviewed several portfolios with actively-managed, high-fee funds and the majority have done worse than low-cost index funds since the beginning of the year.  A just-completed review of a portfolio with 13 actively-managed funds revealed that 9 performed worse than an index fund offered in their same category and only 4 performed better since January 1.  What’s more concerning is that the average underperformance of the 9 was far greater than the outperformance of the 4 such that the entire portfolio would have had far superior results since the beginning of the year if it were entirely invested in low-cost index funds.  The active managers have the ability to hold less in stocks and more in cash if they think the market is going to fall giving them the ability to not only try to pick winning stocks and bonds but also to reduce their exposure to the markets if they see bad times ahead.  But these funds, which are managed by several of the largest and most respected mutual fund companies, failed to navigate the markets in the way they claim they can.  These 13 funds don’t represent the entire universe of mutual funds but they do make the point that high-fee, active management may not be able to provide the magic the big managers claim they can.  When you buy low-cost index funds, you can count on getting the returns of your target market sector less an almost negligible fee and you don’t have to worry that a manager will guess wrong and cost you money.  A long-term plan does not include guessing the direction of the market but instead stays the course and enjoys the growth of assets over the decades.  Don’t be fooled by the marketing claims.
Larry Pike, CFAClient Priority Financial Advisors LLCwww.clientpriority.com
Posted by Larry Pike, CFA at 8:11 AM 1 comment: